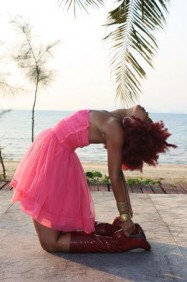 Maria is a visiting teacher at Mysore Yoga CPH.

Years of  dance and yoga have passed through the body but Astanga still remains Maria’s core practice taught by teachers such as (in random order) Maria Boox, Manju Jois, Petri Räisänen, Eddie Stern and John scott. Maria has been also a regular assistant of Petri Räisänen in his workshops in Europe and Asia.

After working with celebrities high and low, receiving scholarships and resisting offers to stay and teach dance and yoga in NY she moved back to Sweden some years ago to reconnect with the family.

In  Malmö she started a regular practice of Zen meditation, and later she moved way north to Piteå, where she opened Underground Yoga to keep up her own practice and share the teachings given to her while out and about. Recently Maria has been teaching at the Yoga Shala Reykjavik. 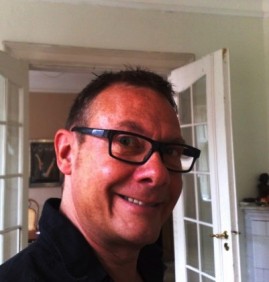 Niels is an actor and singer and has worked in many dramatic genres and theatrical performances for over 30 years.

He has recently started to practice Astanga Yoga to rejuvenate and maintain his physical and mental shape and to explore the rehabilitation of his former agility.

Aside from Niels’ artistic skills, he lives a life on the road—spending his days scouring, singing and dramatising the cities and countryside alongside his fellow traveling thespians looking for willing spectators. Over the years and on and off the beaten path, he’s also accumulated a wide range of skills that include technical, logistic and administrative solutions—to which all come with a sprinkle of ‘le drame’.

At Mysore Yoga CPH, Niels performs as a ‘problem solver’ and provider of all-round handyman support, along side his acting, singing and clowning hammer. 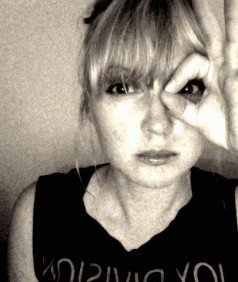 Tanya has been practicing for several years and has dipped her toes in many different styles of yoga. She has 500 hours of yoga teacher training, a Bachelor in this and a Master’s in that and several hundred hours in this combined with that. She believes the most important classroom: life in this body.

Tanya has a thing for Nordic multicellular, eukaryotic organisms — the reason why she moved to a Northern island inhabited by light-eyed giants and Norwegian Forest Cats (also known as Sjaelland, better known to most as Copenhagen, Denmark). In addition to her native country United States, she has also lived in Norway and England.

Her daily schedule includes dusting off of her typewriter for a dose of creative expression and, even closer to her heart: practicing and teaching yoga. She believes the most special ingredient you can find, be and put into anything is: yourself. Remember, everything you want, you already have and are. Look within. The more you use it, the more it will grow.

For work/play she co-founds, edits & blogs at Rebelle Society. She is also the yoga editor for elephant journal and can also find her on Facebook. At Mysore Yoga CPH Tanya is the official editorial help, as well as cheerleader, student and unicorn caretaker.