Home » Workshops » The Yoga of Paying Your Bills

The Yoga of Paying Your Bills

James Altucher has to cancel his visit to Copenhagen due to the publishing of his new book. His publishers have requested him to stay in New York for scheduling reasons, so we will move forward without his insight on the ”Yoga of Paying Your Bills”. We hope to see James in Copenhagen in the future, but for now he will kindly send us copies as soon as the new book is published*.

We and James apologize for the short notice and any inconvenience!

*A limited # of books will be provided at no cost to those who have signed up.

All limbs of yoga point us to the present moment, but sometimes being here and now is difficult if we have no money to pay the rent. Being in the world but not of it is a skill that needs practice just like asana or the yamas. In this talk we will explore how being on the floor and broken can lead to new beginnings. 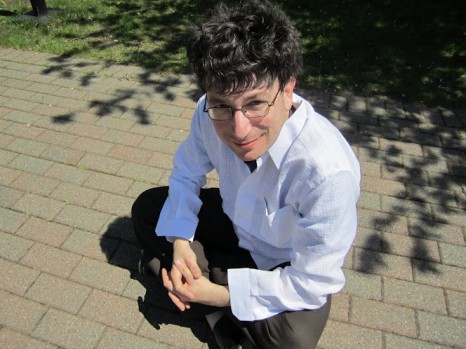 James Altucher has mastered the yoga of failure. After being thrown out of graduate school, going broke repeatedly, losing family, friends, fortune, home, and his will to live again and again, he finally found a way to get off the floor and….I don’t know. He’ll explain it at the talk. Meantime, here’s the bio he gives everyone else:

James has also travelled to India to study at the K Pattabhi Jois Ashtanga Yoga Institute twice, has done two other week-long sessions with Sharath, and has been a regular practitioner of yoga despite the fact that he has trouble touching his toes. Nevertheless, he attempts to practice all eight limbs of yoga and sometimes even the secret ninth that nobody ever told you about. All of this while still paying the rent.

James according to Wikipedia: James Altucher is an American hedge fund manager, author and blogger. He has founded or cofounded several companies, including Reset Inc. and StockPickr. His writing has been frequently published by a number of media outlets, including The Financial Times,TheStreet.com, Techcrunch and The Huffington Post. He has also published several books on investing. He maintains a blog at JamesAltucher.com where he discusses his experiences as an entrepreneur and his theories for success and happiness.

Event is free, but please send us an email to register.