Workshop on Restorative Practice with Ahu

time we might need a slower-paced yoga practice to deeply rest and rejuvenate due to physical and mental fatigue, injuries, menstruation, poor sleep, stress and perhaps flue.

In this workshop, we will specifically focus on restorative practice suitable for menstruation (men will also benefit this). In Ashtanga Yoga, traditionally women takes rest from practice during the time of menstruation. On the other hand, a restorative yoga practice can be invaluable especially if you have menstrual cramps or irregular/absent menstruations or if you feel fatigued during this time of the month.

Furthermore, restorative practices are very suitable for the times when one feels physically or emotionally challenged as mentioned above; therefore, the sequence we will do can be practice any time of the month by both women and men 🙂

There will be use of props to make it possible to hold the yoga poses longer without too much effort and to be able to relax while in the poses.

Ahu Karan Jespersen is an authorised Astanga and Iyengar Yoga teacher, and she does Bodywork. 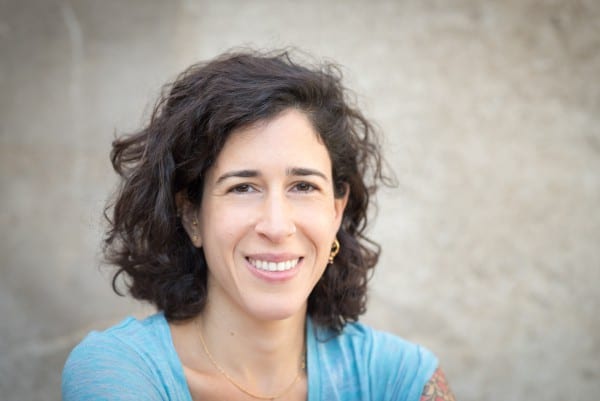 Ahu was born in Turkey and started the regular yoga practice in 2004 in Istanbul. Before settling to Copenhagen she earned Masters degrees in Economics from New York University and in Social Anthropology from London School of Economics.

Other major influences on Ahu’s yoga path have been Rolf and Marci Naujakot, Richard Freeman, Chuck Miller and Maty Ezraty who inspired Ahu also to study Iyengar yoga. Additionally, she has been practicing Osho meditation, and since 2012 Buddhist meditation with Stephan Wormland. The goal of Ahu’s teaching is to help creating a mindful practice, that allows students to live in a healthy relationship with themselves, the world and other people.